As a non-profit organization without any government support, we fully rely on the generosity of donors and volunteers in order to fund and fulfill our rescue efforts. Thanks to your donations we were able to make some miracles happen in 2016!
We can’t possibly mention all of the dogs that we have helped, but we’ve made a selection of CARFIES that we were able to save this year. Without your support:

Maxim
Our handsome Maxim stole hearts all around the world! He would have never known the joy of walking and running on all four paws. He was found as a puppy, wandering the streets by himself, hopping around on three legs. Once he started to feel better, he was adopted by a loving family. Today, he uses all four legs and runs around as if he’s training for a marathon. 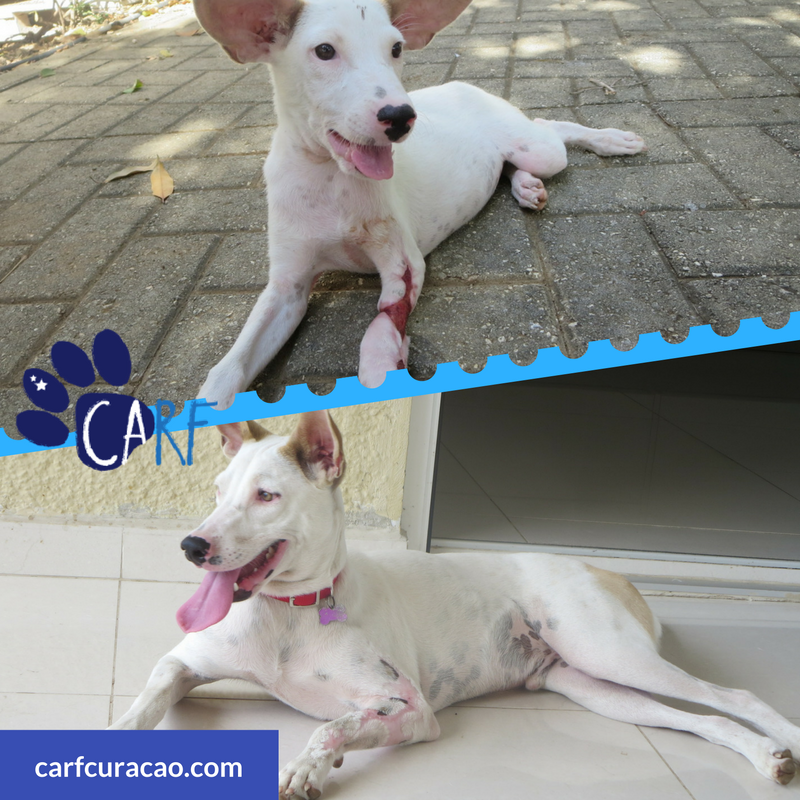 Dushi & Chopke (previously named Dushi & Manneke)
These two brothers were found on the landfill by a caring couple. We were able to secure Dushi first; he was tiny, scared and didn’t trust people at all. Chopke was “rescued” and taken home by people, who brought him back to the landfill a few weeks later when they decided they didn’t want to offer him a home after all. Un-be-lievable. Gladly the couple that had previously rescued Dushi, were able to also catch Chopke. Both Dushi and Chopke have been adopted (by family members of the people that found them) and are now living like a god in France… eh, Belgium.
(Picture below: Dushi) 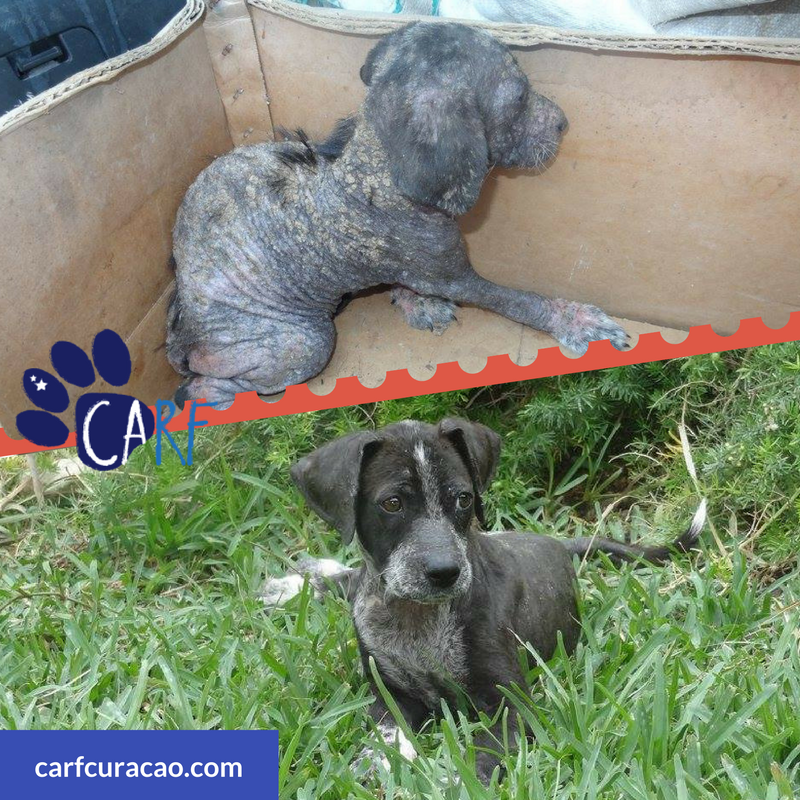 Bobby & Marley (previously Poeh & Piki)
Two more CARFIES who really hit the jackpot this year! The last thing this island needs is more unwanted puppies brought into the world by some “backyard breeder” who thinks it would be great to make money on each of his dog’s precious offspring. Dogs should be family members, not money-making machines! Bobby & Marley were found in a backyard shed and nurtured back to health by a loving foster family. Their new family came to visit the island, fell in love with these two, and decided on the spot that they would adopt them. Bobby and Marley are living happily ever after in The Netherlands. Click here to read their story. 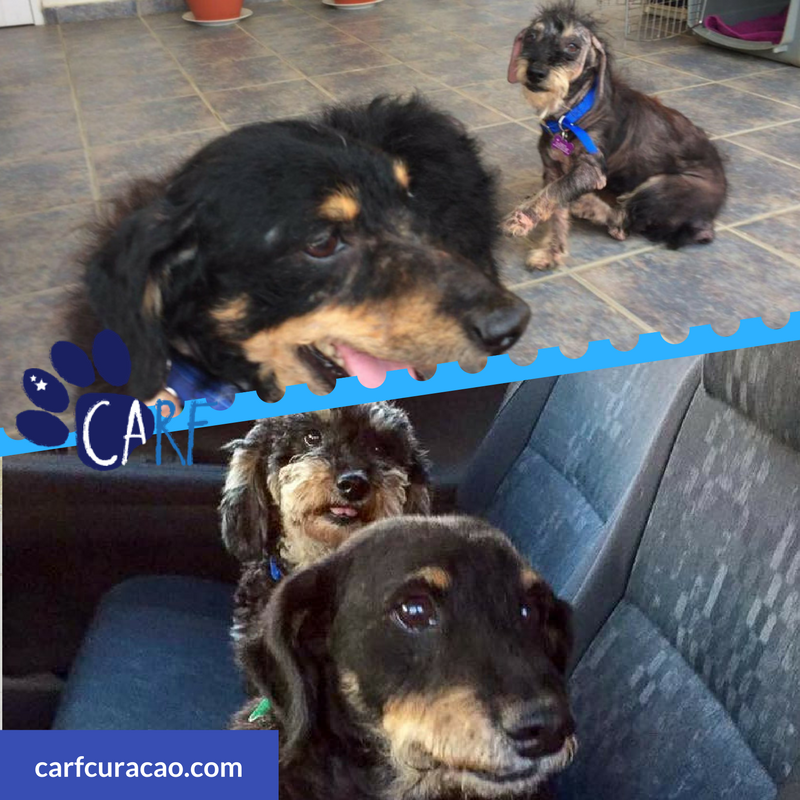 Rosie (previously named Roslyn)
Rosie was found wandering the streets with a long chain tied around her neck. Two of our volunteers happened to drive by and were able to catch her. She didn’t put up a fight when she was carried into the car and that’s pretty much Rosie; sweet, calm, and trusting. After spending several weeks at one of our foster homes, Roslyn was adopted together with puppy Josie/Joslyn. She is loving life with her adoptive parents and her favorite thing to do these days is going for walks with the fam. 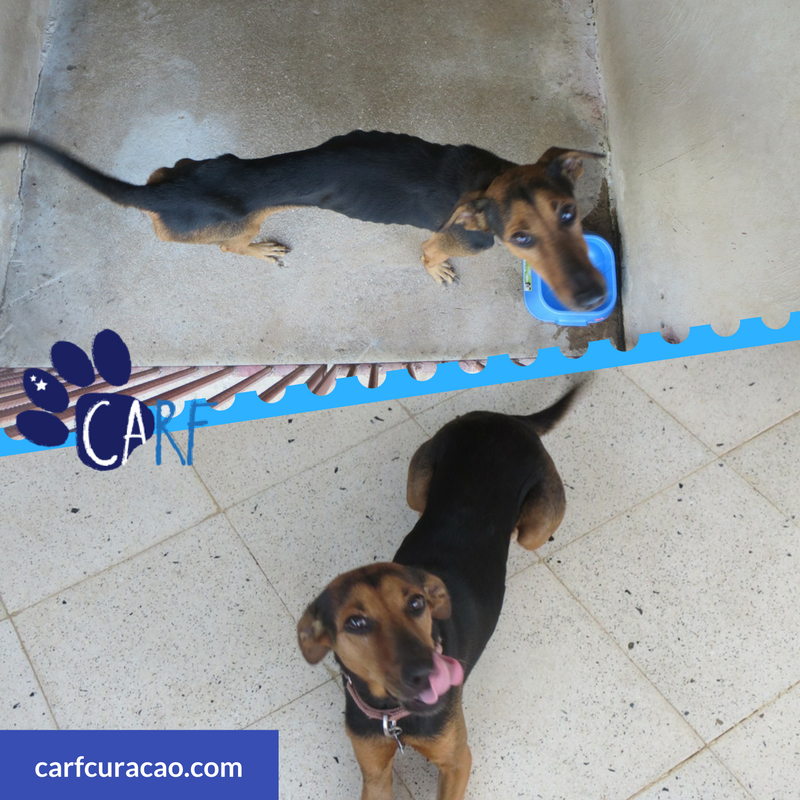 Bill
We cannot not mention Bill in our list of miracles! The before and after pictures of this guy make us feel so proud and thankful of the work done by our foster families. When we first found Bill he was in bad, really bad, shape. We picked him up with his tail between his legs and his head down. When you look at him now, there is so much love and joy sparkling from his eyes. It’s just incredible how loving and forgiving dogs can be. 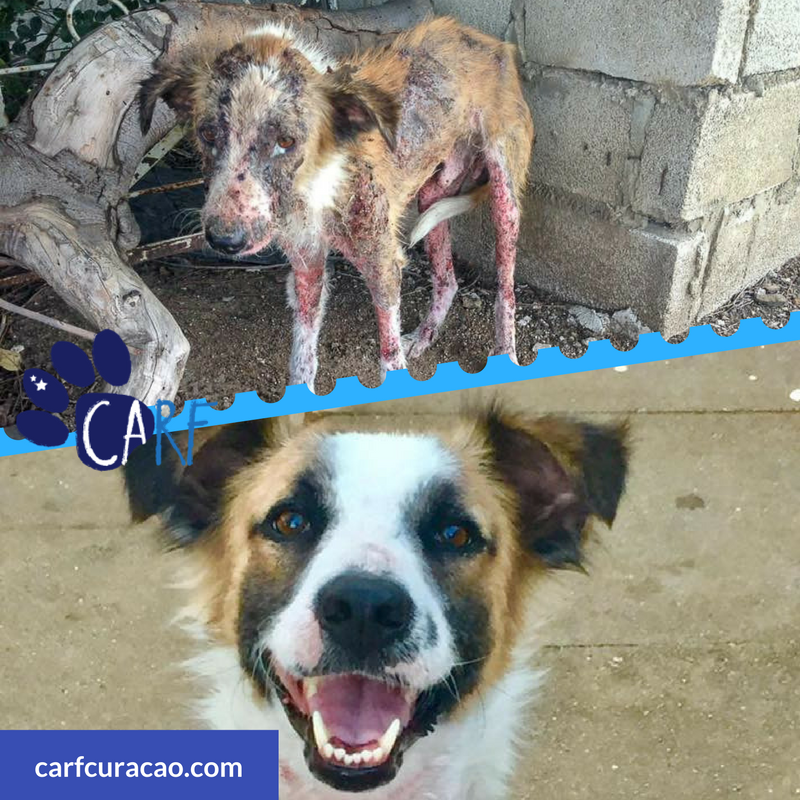 Which CARFIE is your favorite “miracle” and why? We’d love to hear it! Leave a comment below or share your story with us at stichtingcarf@gmail.com.