‼️Warning sensitive images ‼️
On the 10th of June we received a cry of emergency for a dog walking around lost with a huge tumor hanging from his chest. Football size!
A little teamwork from the side of the reporter and some kolegas and the dog could be brought within a few hours.
We received an appointment then to have him completely checked and do the necessary (blood) tests.
Then it turned out to be an owner. We spoke extensively and he indicated by being poorly informed about a possible procedure in the family and o a due to a severe disease. Explained that this is not the intention and the dog really needs to be helped. He has completely out of hands and made the decision with us. Well we didn’t hesitate for a second, of course. Especially since his CBC was such that he could handle surgery. Now we know that anesthesia is always a risk but to leave the poor dog like this even longer. was out of the question.
Fast forward: Max has been under the knife and after a long operation a very bloody tumor of 1 kilograms has been removed (and his balls).
Max did well during the procedure and also woke up quietly from anesthesia. He had a big zipper on his chest but luckily this one was healed very neatly without complications. He is doing great, is a cheerful and affectionate dog that has many more years of love to give.
Max is not going back to the owner but will be available for adoption once he is fully recovered.
Contrary to what was in a local morning newspaper, this procedure was not paid by the employees of the company where he wandered around. It was also a big, unexpected punch on our piggy bank and for that reason we ask your help to be able to pay for his procedure, investigations, medication and further supplies such as preventives, painkillings, feed…
We created a TIKIE especially for Max. Every little bit helps and we are very grateful for all the support 💙🙏
✖️ Tikkie: https://tikkie.me/pay/9i1842u6mus39q6s2e1u
✖️MCB : 21199501
✖️Paypal : stichtingcarf@gmail.com
✖️ Bank of Caribbean: 301647001
✖️carfcuracao.com
Names Max masha, masha thanks 💙
Fostering Second Chances Since 2008! 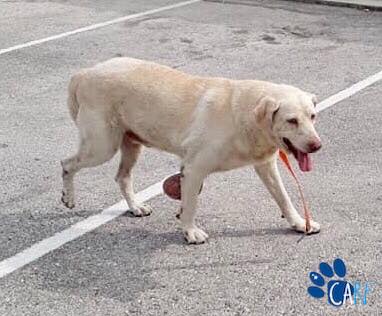