“Curaçao; a country with such a blatant disregard for animal welfare”

“Curaçao; a country with such a blatant disregard for animal welfare” 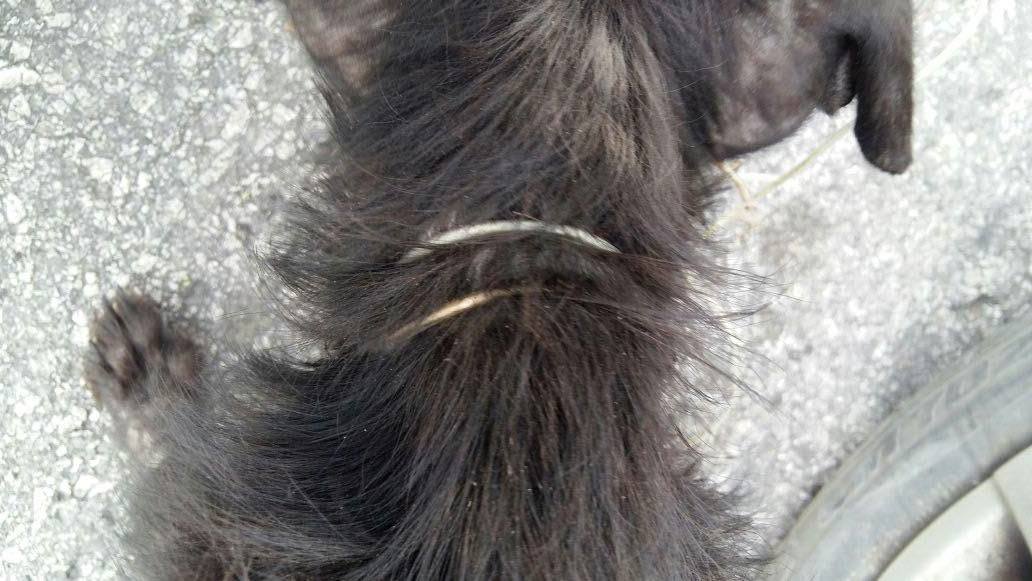 ​My husband and I recently spent three weeks in Curaçao​. Unfortunately, on our last day we left the country with a horrific memory…
On January 15, we were going for a walk near Piscadera Bay. We found a stray dog in terrible condition. The dog was very emaciated and had a thick nylon cord wrapped multiple times tightly around his neck and leg. His movements were incredibly limited and the cord appeared so tight that he may not have even been able to eat. It was truly a horrible thing to see and greatly disturbed both my husband and I.

We googled animal welfare departments in Curaçao and were shocked to find there does not appear to be a government organization dedicated to the protection of animal welfare. Luckily we found Curaçao Animal Rights Foundation (CARF) a non-profit organization and they were able to rescue the dog.

For a country with one of the highest standards of living in the Caribbean, with a high-income economy, and a well developed infastructure it’s unacceptable to have animals wandering the streets in such appalling condition. Since Curaçao’s economy greatly relies on tourism it’s in its best interest to invest in the welfare of animals. Tourists do not come to countries like Curacao and expect to see animals in such dire situations.

If the government is not intending to institute an appropriate organization to care for homeless and abused animals, then greater funding is required to keep organizations such as CARF operating. Without such organizations, there is no alternative to care for these animals, and that is unacceptable.

You can be assured that neither my husband nor myself would choose to spend our money in a country with such a blatant disregard for animal welfare. We have a well read travel blog and Facebook page and I must inform that the story is not going over well – people are shocked and disgusted.